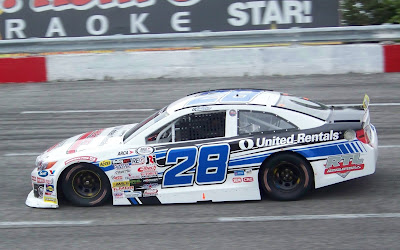 GMS Racing announced on Tuesday that Sheldon Creed will pilot the No. 28 Chevrolet Silverado for the organization in the final four races of the season starting at Martinsville Speedway.

“I’m super excited for this new opportunity at GMS Racing,” said Creed in the team release. “I know I have a lot to learn so I’m going into this with an open mindset. I want to try to gain as much knowledge as I possibly can in these four races."

Creed has three starts in the NASCAR Camping World Truck Series with a best finish of 15th earlier this year at Eldora. All three of those starts came on dirt at Eldora. Creed also has two starts in the XFINITY Series with a best finish of 34th at Mid-Ohio in 2017. Just two weeks ago, Creed picked up his first NASCAR victory in the NASCAR K&N Pro Series at the Las Vegas Dirt Track.

Creed is on the verge of clinching his first career ARCA Racing Series presented by Menards championship. Creed has picked up three victories this season followed by 14 top-five and 16 top-ten finishes along with four poles. (Koelle,2018)