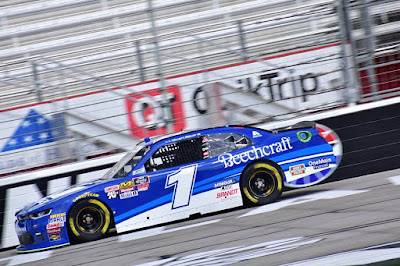 NASCAR Veteran and current XFINITY Series driver Elliott Sadler announced on Wednesday that 2018 will be his final full-time season in NASCAR. The Emporia, Virginia native has competed in NASCAR since 1995 and has seen the ups and downs of the sport since debuting at South Boston in the XFINITY Series. He will make one last run for a championship behind the wheel of the No. 1 for JR Motorsports in the XFINITY Series.

As noted above, Sadler was first seen in NASCAR in 1995 at South Boston where he finished eighth. Since that start, he has earned three Monster Energy NASCAR Cup Series victories, 13 XFINITY Series victories, and one NASCAR Camping World Truck Series victory. Sadler has finished second the last three seasons in the XFINITY Series points standings and has two other runner-up finishes in 2011 and 2012. His best effort in the MENCS came in 2004 where he finished ninth. Sadler is one of 31 drivers who have at least one victory in all three series. Below we have the statement from Elliott Sadler. (Koelle,2018) 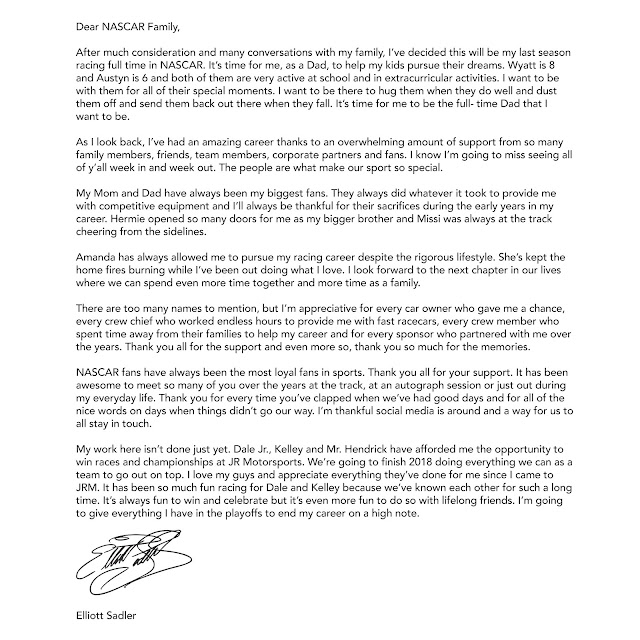