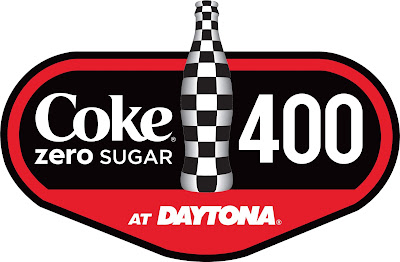 It's the halfway point of the season meaning business is about to pick up. Ricky Stenhouse Jr. returns to the site of his last victory and looks to earn his third and his ticket to the playoffs. Brad Keselowski, Aric Almirola, Jimmie Johnson, David Ragan, Kevin Harvick, Kyle Busch, and Jamie McMurray all represent the former winners of this race entered in Saturday's race.

Joey Gase returns to pilot the No. 00 while Landon Cassill moves over to the No. 99 at StarCom Racing. Gase finished 27th at Talladega earlier this year, his career-best finish came at Talladega last May. Cassill put on an impressive finish in 2016 where he finished the race in 2015 which resulted in a 13th place finish.

BK Racing has a new driver and a new affiliation in the form of JJ Yeley and NY Racing. Yeley will pilot the No. 23 on Saturday replacing Gray Gaulding, who has started every race this season with BK Racing. It's Yeley's first start at Daytona in the Cup series since the 2015 Coke Zero 400 where he piloted the No. 23 for BK Racing, he finished 33rd.

Ray Black Jr. will pilot the No. 51 for Rick Ware Racing. It'll be Black's first start in the Cup series since Homestead last November. Black finished the race in 38th and has the best finish of 34th at Texas. Also returning to the series is Brendan Gaughan, Timothy Peters, and DJ Kennington.