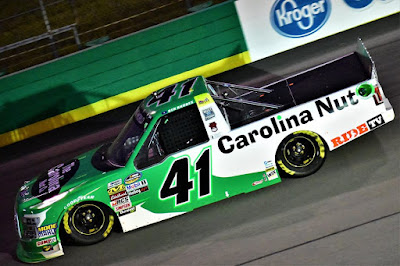 Three of NASCAR's next generation of stars battled for the victory on Friday night with Ben Rhodes taking the victory, the second of his career. Rhodes was able to hold off Stewart Friesen in the late stages of the race to secure that victory.

The second place finish resulted in his fourth top-five finish of the 2018 season. Matt Crafton, Rhodes ThorSport teammate, finished the race in third while Brandon Jones and John Hunter Nemechek rounded out the top-five.

A really clean race with only one caution caused by an accident, the other two were stage endings. There were a total of 11 lead changes among five drivers.