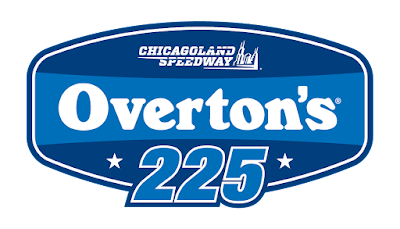 Johnny Sauter won this race last season, of course, this race has been held in September six of the nine times. Kyle Busch has the most victories at Chicago with five but he's not entered in Friday Night's race. The last time this race was held in mid-Summer was in 2012 when it was held on July 21st. James Buescher went to victory lane at Chicago that year.

Korbin Forrister will run his fifth race of 2018 on Friday night. It's his first race back since Texas earlier this month. In four starts, Forrister has finished inside the top-25 every start. He started off the season with two 16th place finishes at Daytona and Atlanta.

Brandon Jones is back in the No. 51 this weekend as Kyle Busch Motorsports moves from four trucks to three trucks pulling the No. 46 for this weekends race. It'll be his third start this season for KBM, he finished third at Charlotte and ninth at Kansas.