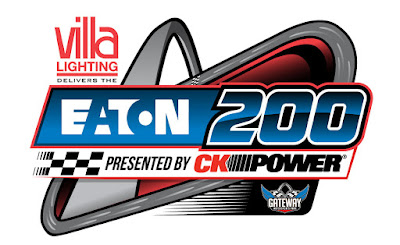 The NASCAR Camping World Truck Series heads to Gateway Motorsports Park this weekend for the Eaton 200 presented by CK Power. The 18th running of the event presents the Gateway point of the season as things begin heating up. Last weekend, Brett Moffitt locked up his second victory of 2018 at his home track in Iowa.

Chad Finley will look to make his return to the series for the first time since 2015. In two starts, Finley has two 21st place finishes. In just one ARCA start this season he finished 23rd at Michigan after a crash. He'll pilot the No. 42 Auto Value Certified Service Centers Chevrolet.

Christian Eckes will make his second start on Saturday behind the wheel of the No. 46. He finished eighth in his debut last weekend. Riley Herbst will make his NCWTS debut this weekend after making his XFINITY Debut last weekend at Iowa. He finished sixth in his NXS debut and will look to match or improve that performance behind the wheel of the No. 51.

Zane Smith is also slated to make his debut behind the wheel of the No. 54 for DGR-Crosley Racing. Smith has been a top title contender this year driving for MDM Motorsports. He picked up his first career victory at Nashville earlier this year in ARCA.