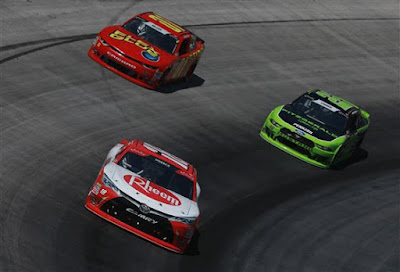 As noted in the title, the victory is his second of his career. He earned his first career victory last season at Iowa in July where he defeated teammate Kyle Benjamin.

Justin Allgaier finished second followed by Daniel Hemric, Elliott Sadler, and Spencer Gallagher. With the victory, Preece also secures the Dash4Cash bonus but being as he's not entered in next weekends race at Richmond he will not be eligible for next weekends battle for the bonus. Allgaier, Hemric, Sadler, and Gallagher all four will compete for the Dash4Cash bonus next season.


Results from the Bristol Motor Speedway