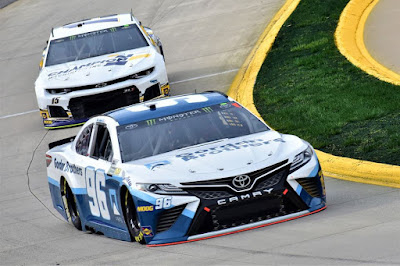 Gaunt Brothers Racing and DJ Kennington return to the Monster Energy NASCAR Cup Series this weekend at the Bristol Motor Speedway. The start on the "World's Fastest Half-Mile" will be his second start on a short track in the Monster Energy NASCAR Cup Series. Kennington raced at the Martinsville Speedway earlier this month where he finished 28th, his third-best finish in eight starts. 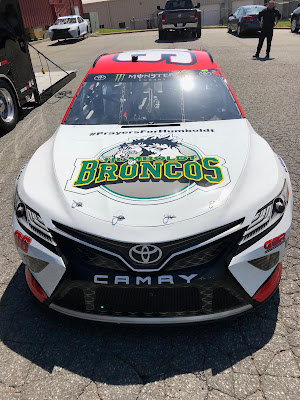 In those eight starts, Kennington secured his best career finish earlier this year in the 60th running of the Daytona 500 where he finished 24th. Two of his top finishes in his career came this year and on Sunday, Gaunt Brothers Racing and DJ Kennington are looking to earn another strong finish.

Though on Sunday Kennington will make his first start at the Bristol Motor Speedway in the Monster Energy NASCAR Cup Series, he has three starts at Bristol in the NASCAR XFINITY Series with a best finish of 29th in 2008 with MacDonald Motorsports.

This weekend the organization will race with heavy hearts as they honor the 16 members of the Humboldt Broncos who were killed en-route to a playoff game last Friday. The No. 96 Toyota Camry will feature a Humboldt Broncos logo. The junior hockey team is based out of Humboldt, Saskatchewan, Canada. Kennington himself played junior hockey in his hometown of St. Thomas, Ontario, Canada.

The Motorsports News Source would like to send thoughts and prayers to the families involved in this tragedy and wish a speedy recovery for those who are still hospitalized. A GoFundMe account has been created after the accident and has raised $10,341,636 as of 7:40 AM/ET. If you would like to donate you can click here. (Koelle,2018)