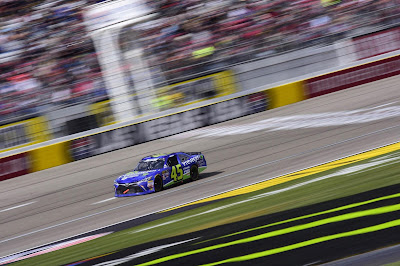 OOLTEWAH, Tenn. - Driving the No. 45 Prevagen Toyota Camry for JP Motorsports, Josh Bilicki finally made his season debut on Saturday during the Boyd Gaming 300 in Las Vegas. Bilicki took his first laps on the Las Vegas Motor Speedway on Friday during practice. After two straight weekends of bad luck in qualifying, Bilicki qualified 39th and survived a race dominated by cup regular Kyle Larson to finish 28th. 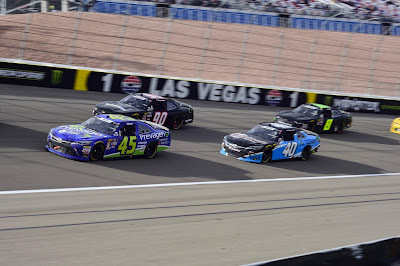 “It feels great to deliver a top 30 to JP Motorsports in my first race of the season," said Bilicki. "With fresh tires, we showed that we had pretty good speed. I’m looking forward to keeping the momentum rolling into next weekend’s race in Phoenix, the track that I made my NASCAR oval debut on in 2016!”

Bilicki finished 28th in his oval track debut in 2016, the same position he finished at Las Vegas this past weekend. The 28th place finish is his best on an oval track while his career-best finish came at Road America last season where he finished 12th. (Koelle,2018)