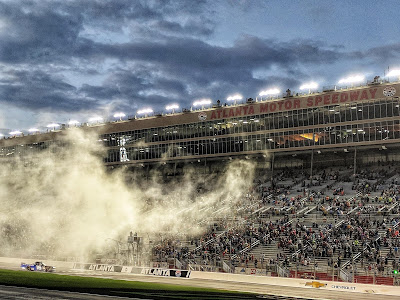 Brett Moffitt propelled from third during NASCAR overtime to secure his second career victory in the NASCAR Camping World Truck Series. Kyle Busch dominated the race but during the final pit stop, the left rear wasn't secured and eventually fell off his truck ending his evening just before he had a shot at the overtime.

Noah Gragson won stage one, dominating. During the first pit stop of the night, the team had a slow stop which cost him a lot of positions. Gragson continued to battle through the field and on the overtime restart he went from ninth to second, earning his first top five of the season.


Results from the Active Pest Control 200