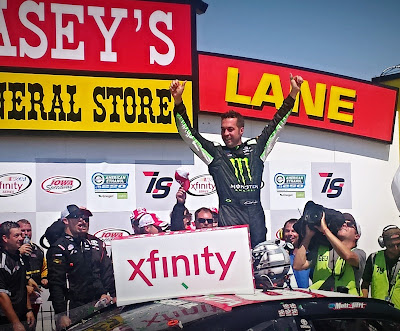 In June, Sam Hornish Jr. won at Iowa Speedway in the American Ethanol e15 250 when he was filling in for Matt Tifft. Next Saturday night, the NASCAR Xfinity Series heads back to the Cornfields of Iowa and Sam Hornish Jr. is on the entry list just not driving a Joe Gibbs Racing Toyota Camry. 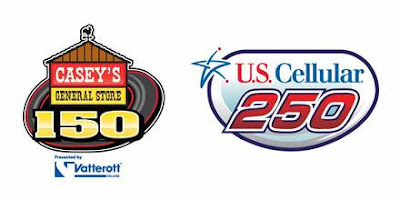 Next Saturday Night in the US Cellular 250 at Iowa Speedway, Sam Hornish Jr. will make his first of two starts with Richard Childress Racing driving the #2 Rheem Chevrolet Camaro. That car was driven by Ben Kennedy in June where Ben drove to a 10th place finish after starting 6th. Sam Hornish Jr. is tied for the best average finish with Brad Keselowski, who finished 2nd at Iowa in June. They both have a 2.00 average at Iowa Speedway. Overall since the NASCAR Xfinity Series began racing at Iowa in 2009, Sam Hornish Jr. has the 7th best average finish of a 6.38 finish. As for Matt Tifft's #18 it is unknown at this time on if Tifft will be medically cleared to race so we will just have to see who could be in the #18 if Tifft is not medically cleared when the Entry List is revealed on Monday or Tuesday. Tickets are still available for The Last Racing Weekend at "The Fastest Short Track on The Planet" featuring the Casey's General Store 150 presented by Vatterott K&N East and West Series Race and the US Cellular 250 Xfinity Series Race. You can find your tickets at www.IowaSpeedway.com or by phone at 866-787-8946! Tickets start at $15.00 for the NASCAR K&N East and West Series Race which includes two NASCAR Xfinity Series practices and at $20.00 for the US Cellular 250 Xfinity Series Race. (Koelle,2016)
Iowa Speedway Joe Gibbs Racing Matt Tifft Richard Childress Racing Sam Hornish Jr. US Cellular 250