McDowell Fights Back Harder at Daytona 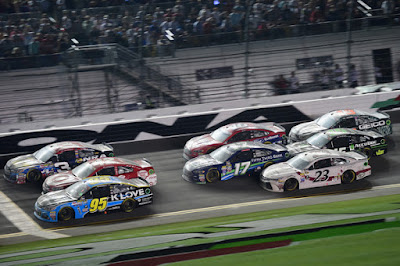 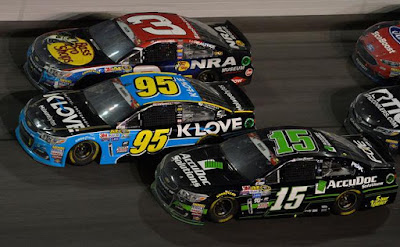 Michael McDowell held toward the back majority of the early part of the Coke Zero 400. Starting 37th at Daytona could be an advantage if you look at it in the right way. Starting toward the rear could be good because most crashes happen mid-pack and if you are in the back you have more time to slow yourself down. McDowell was involved in a few wrecks in May at Talladega which relegated him to a 21st place finish. On Saturday Night McDowell was not going to be denied of a great finish and it showed by the aggressive moves he did at the end. McDowell is one of the seasoned veterans in the field and on Saturday Night he showed it making his way through the pack and avoiding some big crashes to deliver the #95 K-Love Chevrolet SS in 10th. McDowell gained his third career Top-10 finish and is still in pursuit of his first Top-5. McDowell still has a few bullets in his gun coming up begining with Watkins Glen then Bristol. You also have to look at Talladega where McDowell did so well earlier this season. McDowell also has a start coming for Richard Childress Racing at Road America where McDowell could pick up his first career victory in the NASCAR Xfinity Series. (Koelle,2016)
Circle Sport Leavine Family Racing Coke Zero 400 Daytona International Speedway K-LOVE Radio Michael McDowell Thrivent Racing Underfunded Team