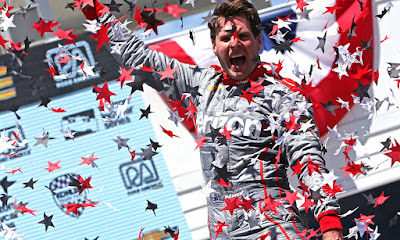 Will Power held off a hard charging Tony Kanaan to win his second straight Verizon IndyCar Series race of the 2016 Season. Power missed the season-opening Firestone Grand Prix of St. Petersburg with an inner-ear infection but now sits third in the championship standings, 81 points behind teammate Simon Pagenaud. Kanaan, who ran in the top five of every practice session and qualifying segment of the weekend, started third and battled up front all 50 laps on the 4.014-mile permanent road course with the likes of Rahal and Pagenaud. The lone caution came on Lap 40 when Conor Daly’s No. 18 Jonathan Byrd’s Hospitality Honda for Dale Coyne Racing suffered a left rear suspension failure and crashed in Turn 1. Daly was unhurt but the incident packed up the field for what would be a six-lap, green-flag dash to the finish. Kanaan restarted third, passed Pagenaud for second on Lap 46 and trimmed Power’s 2.5-second lead to a half-second. He took the white flag under Power’s gearbox, but with two fewer push-to-pass activations left, the Brazilian couldn’t make the move for first place. (In Part from IndyCar.com)


The Motorsports News Source IndyCar Driver of The Week 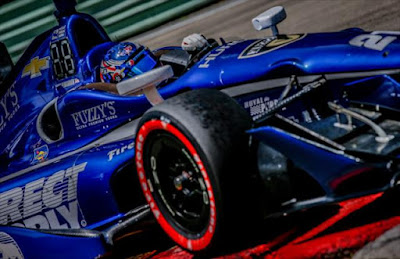 The Iron Man from Hendersonville Tennessee will become the first Motorsports News Source IndyCar Driver of The Week with his resilient performance today in the Kohler Grand Prix of  Road America. With a Broken Right Collarbone and a fractured right hand Josef Newgarden came to Kick Butt and Chew Bubble Gum just two weeks after his crash at Texas Motor Speedway. The problem for his competition was that he was out of bubble gum. Newgarden pushed his way from starting 20th to finish in the 8th position.