McDowell Looks to Rebound at Daytona 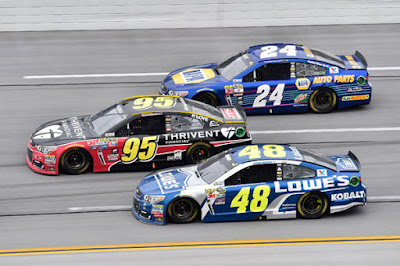 Superspeedway success has been something that has been a common thing among Michael McDowell and his Circle Sport Leavine Family Racing team. In the Daytona 500, McDowell raced all the way up to 15th which has currently been the best finish of 2016. At Talladega in May, McDowell proved he was a there and he meant business. After being involved in a few wrecks McDowell still was contending for a victory or at least a Top-10. 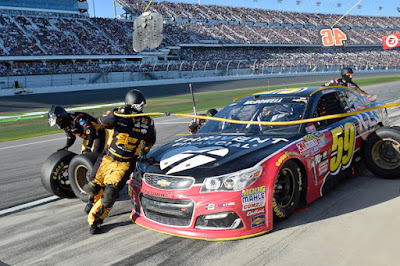 In 2015 Michael McDowell sadly missed the Coke Zero 400 due to having a limited amount of attempts along with at the time his Ford Performance teammate, Ryan Blaney. Things have changed and McDowell is now in a Chevrolet. McDowell is also locked into the Coke Zero 400 which has to be a huge relief for McDowell. 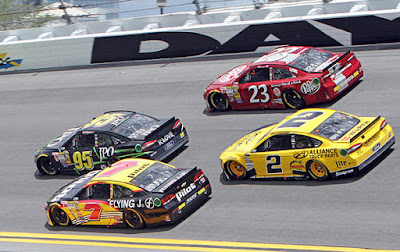 The Coke Zero 400 is pretty important to McDowell and has been a benchmark that was set back in 2014, McDowell's best career finish came in the Coke Zero 400 where McDowell finished 7th, McDowell's return to the Coke Zero 400 surely has fans looking to see if McDowell can back up his performance from Talladega and see if McDowell can better that best career finish or even sneak a win. McDowell has a best finish, as noted above, a 7th in the 2014 Coke Zero 400. Michael's best start in the Coke Zero 400 was a 25th in July of 2008. McDowell has competed in 10 points paying races.
This weekend K-Love Radio will be on board of the #95 Chevrolet SS. K-Love Radio has been on the #95 a total of 3 times this season. McDowell will also make start #196 in the NASCAR Sprint Cup Series. (Koelle,2016)
Circle Sport Leavine Family Racing Daytona International Speedway K-LOVE Radio Michael McDowell Underfunded Team