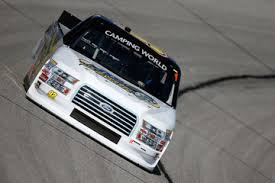 In Kansas it's supposed to be all ruby slippers right? Well two teams wished they could have clicked there heels and said There's no place like home. Those two drivers are Jordan Anderson and Parker Kligerman. 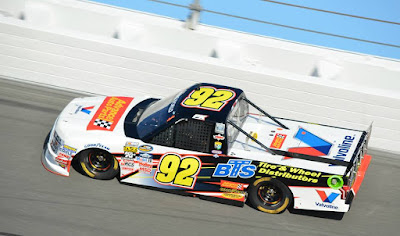 Kligerman, who was the points leader after Atlanta, wrecked in the same accident that John Wes Townley was involved in, The NASCAR Veteran was angered by the level of aggressiveness displayed on track; it also left him with a bunch of mangled sheet metal in place of a truck he needed to stay in one piece in order to keep competing full-time in the series. "We really needed this truck for Charlotte, so I'm putting Charlotte in doubt at this time," Kligerman said as his team thrashed to get the remains of the truck into the hauler. "I don't know if we'll make it." If Kligerman misses Charlotte, he will be eliminated from the Championship Hunt which would be sad to see especially with how consistent he has been so far in 2016.  Kligerman is attempting his first full season in the NASCAR 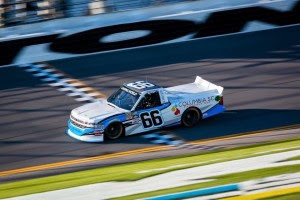 Camping World Truck Series since 2012 where he got his first and only win of his career at Talladega. 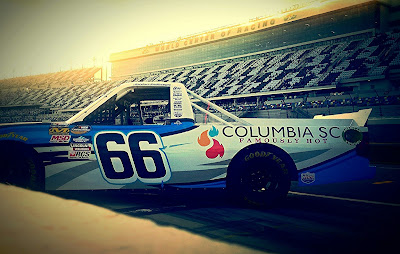 Another Driver who took a hard hit was Jordan Anderson, who is one of the most popular underdogs in NASCAR. Anderson took his #66 Chevrolet Silverado all the way up into the Top 5 before making contact with the wall sending him to the garage. Bolen Motorsports, a new team which failed to qualify for Atlanta and Martinsville looked to start some momentum in Kansas, Sadly 2 crashes deterred from that happening and could cause the #66 Truck to miss Charlotte in 2 weeks. ."This was our only intermediate truck we've got," Anderson said after something in his steering broke, causing terminal damage to the No. 66 Chevrolet. "So hopefully between now and Charlotte in two weeks, we'll find a truck to run." Anderson has been one of the top and fan favorite underfunded drivers since his debut and will probably continue in that spot!
I am hoping these two underfunded teams can find another truck to run Charlotte after misfortune struck at Kansas. It's these shots that hurt just a little more to the underfunded teams showing they matter. It shows that these teams will never give up especially by showing up at Dover this weekend. (Koelle,2016)