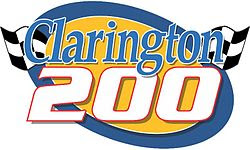 DAYTONA BEACH, Fla. – Every May there’s a buzz among Canadian race fans when the Clarington 200 gets the season going for the NASCAR Pinty’s Series at Canadian Tire Motorsport Park.

The famous 2.459-mile, 10-turn road course has provided some entertaining races throughout the years and for the sixth consecutive season it will host the opener for NASCAR’s only touring series in Canada.

Last year’s race featured an exciting finish. Gary Klutt, who went on to capture the Josten’s Rookie of the Year, took advantage of Scott Steckly and Andrew Ranger’s off-road excursion on the final turn to earn his first series victory in just his seventh start.

Steckly will not compete at CTMP, he’s decided to focus on the ownership side to start the season, while Ranger will once again be a top contender for the trophy on Sunday.

The rookie of the year race should also be a good one in 2016, with a talented field of 10 rookies scheduled to compete this season.

Among them is Pier-Luc Oullette who finished eighth in the opener last year in his only Pinty’s start of the season and will once again fill in for Alex Tagliani. Another rookie, Kevin Lacroix, scored two wins last year running a partial schedule. 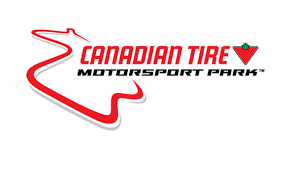 The Race: The Clarington 200 will be the first of 12 races during the 2016 NASCAR Pinty’s Series championship season. This will be the tour’s 13th all-time visit to the historic road course, and the first of two slated for this year.

The Procedure: The starting field is 32 cars, including provisionals. The first 27 cars will qualify through time trials while the remaining five starting spots will be awarded through the provisional process. The race is scheduled for 51 laps (200 kilometers/125.4 miles).

The Track: The Speedway at Canadian Tire Motorsport Park, formerly known as Mosport Speedway, is part of Canada's largest motorsports complex. The 750-acre, multi-track facility is located within the Greater Toronto Area, north of Bowmanville, Ont. CTMP also features the 2.459-mile road course, a 2.4-kilometer advanced driver and race driver training facility and a 1.4-kilometer karting track. The facility opened in 1961 and has hosted stock car, Formula 1 and IndyCar events over the years. Canadian Tire acquired the naming rights to the facility in 2013. 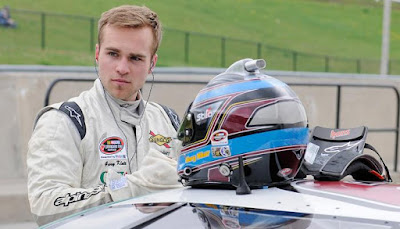 Steckly Fields Contenders in Event: Although he’s not driving this weekend, four-time series champion Scott Steckly will be active at CTMP fielding two cars for drivers. Competing for Steckly this weekend is  Massachusetts native Kaz Grala who has competed in the NASCAR K&N Pro Series in the states for the last year seasons. Calgary, Alberta rookie Brett Taylor will drive the other entry.

Oullette Fills in for Tagliani: Pier-Luc Oullette returns to action at CTMP where he had an impressive eighth-place finish last season. Oullette is filling in for Alex Tagliani who will be attempting to qualify for the Indianapolis 500.

Champions in the Field: Despite Scott Steckly not competing in the Clarington 200, three other former champions will be in the field. Two-time champions D.J. Kennington and Andrew Ranger will be joined by L.P. Dumoulin in the starting lineup.

Americans Coming North: In addition to Kaz Grala, New Jersey driver Mel Shaw and Florida’s Carlos De Quesada will compete this weekend. This will be the most drivers from the United States in a starting field at CTMP since four drivers started a race in 2013.

Rookies Fill Up Field: A total of 10 drivers will start the battle for the Josten’s Rookie of the year award are entered in the Clarington 200. Joining Lacroix, Oullette, De Quesada, Shaw and Brett Taylor will be Josh Collins, Patrick Dussault, Cayden Lapcevich, David Michaud, and Kevin Poitras. (NASCAR Home Tracks)