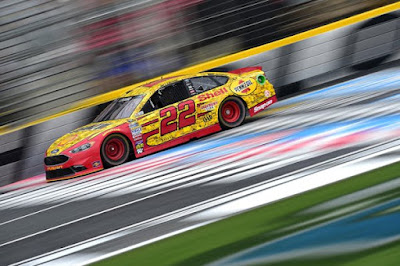 Finally Joey Logano returns to victory lane in the NASCAR Sprint Cup Series for the first time in 2016. Logano is now One Million Dollars richer as he took the checker in tonight's Sprint All-Star Race after a late race battle between him and Kyle Larson. In a confusing race altogether things got panned out and went for the better for Kyle Larson, Joey Logano, Dale Earnhardt Jr., and Brad Keselowski. As the green flag fell for the final 13 lap segment, Kyle Busch and Jimmie Johnson who were the two drivers who had to stay out and in front of the cars 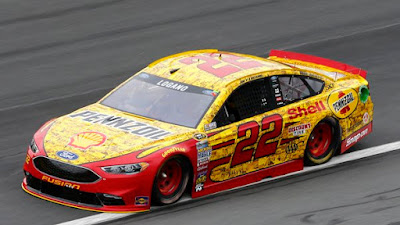 with fresh tires began to fall and fall fast leading to one of the best battles of the 2016 Season between Joey Logano and Kyle Larson. Larson would get lose and hit the outside wall hard relegating him to a 16th place finish. In a race filled with confusement, new quotes, and an angry Tony Stewart it's shaping up to be a fun Homecoming in Charlotte! The Motorsports (NASCAR) News Source will be in attendance for the Coca-Cola 600 on Sunday! 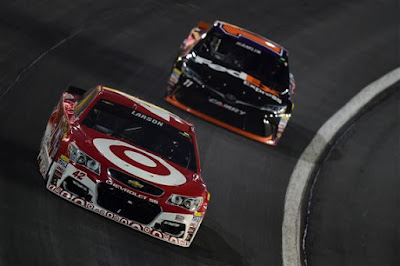 Kyle Larson came up short once again but is begining to show he is a driver who is getting better over time. Larson has battled for the lead in 3 of the last 3 races and has been a contender in many others. That #42 Car seems to be getting closer and closer to that win everyone was saying would happen a few years ago. Larson impressed me this weekend and that's why he is this week's Driver of the week! As we enter the endurance race of the Coca-Cola 600 next weekend things will begin to heat up as we head into the summer and I have a feeling Kyle Larson will be the first Popcorn kernel to pop. 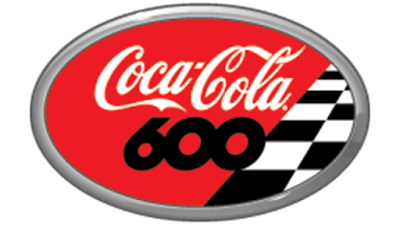 We stay in Charlotte for the 10 day's of thunder and it's only going to get hotter as time goes on. Drivers like Joey Logano, Dale Earnhardt Jr., Kurt Busch, Chase Elliott, among many other drivers who finished up in the Top of the All-Star Race will enter the Longest Race of the season without a win and will look to capitalize on the on track experience they gained tonight and will look to get better and maybe steal a win and a chase spot. We will be in attendence for Sunday's race in Charlotte so if you'd like to meet up email me at christiank9540@gmail.com!