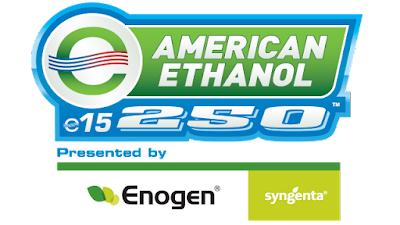 Iowa is normally one of the best races of the Xfinity Series schedule in my opinion. Again this year in the middle of Corn Country American Ethanol returns to sponsor the race in Newton Iowa. American Ethanol will serve as the entitlement sponsor and Enogen as the presenting sponsor for the NASCAR Xfinity Series race during Wide Opening Weekend on June 18-19. The NASCAR XFINITY Series American Ethanol E15 250 presented by Enogen on Sunday, American Ethanol, along with Enogen, join the Iowa Corn Growers Association in renewing their long standing relationships with the speedway in 2016. Representing a wide array of ethanol supporters, from farmers to bio-engineering firms, American Ethanol was established by Growth Energy in partnership with the National Corn Growers Association to increase awareness of the value of American-made ethanol. Ethanol represents the most commercially-viable alternative to 100% petroleum-based fuel that America currently holds, and corn ethanol reduces emissions by 59 percent. Also the winner of both races at Iowa get a unique Gas Pump trophy which is something you can get nowhere other than Iowa. As the question remains from Field Of Dreams. Is this Heaven? It's Iowa (Koelle,2016)