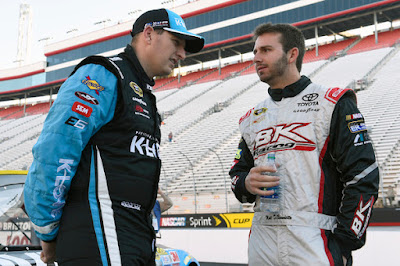 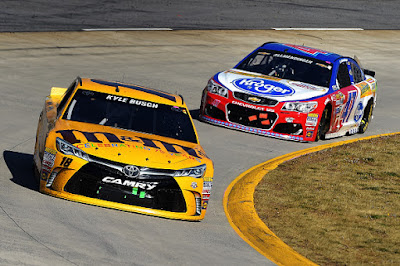 When it comes to the Underfunded teams in the NASCAR Sprint Cup Series it used to be the superspeedways were the only places you even saw their cars or heard a mention of them. In the last 2 short track races of the season the underfunded teams are showing they belong right up there next to the Hendricks, Stewart Haas, and the higher funded teams like that. AJ Allmendinger who drives for JTG Daugherty Racing almost won Martinsville finishing second to Kyle Busch. This weekend in Bristol was a prime example of the Underfunded teams showing their steady hands at the blackjack table. Landon Cassill lead laps against Joe Gibbs Racing driver Carl Edwards after staying out after a pit stop. When he came in for a pit stop with the leaders he was still in the Top 10. Though he finished 21st, still a great run for Iron Cassill. Along with Cassill there was another underdog in the form of Matt DiBenedetto who finished his career best 6th yesterday in Bristol. With all these amazing runs at these short tracks it could almost be a sign of things to come for these Underfunded teams and short tracks(Koelle,2016)