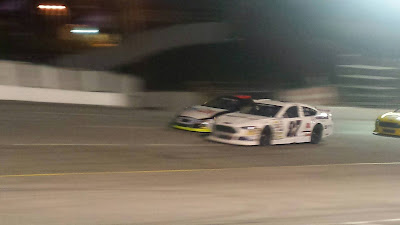 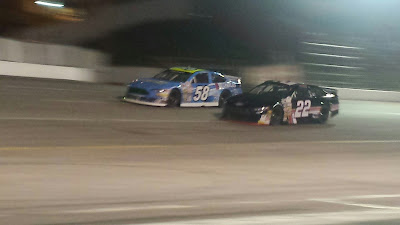 Certainly and experience in itself The NASCAR News Source had the opportunity to see the ARCA Racing Series presented by Menards this weekend in Nashville. As I still tell people, this has become one of the best tracks that I have ever been to. The track is a lot different than any I had been to before rather it be the close racing on the track or the wristband that is the credential. It's something I have never seen before, and I really enjoyed the fact that I had a lot more access than I have in the past. I took some great photos and I have to say If I attend Nashville again I will certainly take more pictures. The racing was close and we ended the night with a first time winner in Josh Williams. I had the opportunity to finally meet Jay Lopez, who made the NASCAR News Source pop with that awesome logo and we had the opportunity to finally meet Bobby Hamilton Jr. both great guys who enjoy racing just as much as I do if not more. 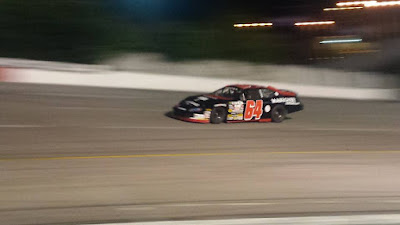 Caleb Higgins is another person I met earlier this year that has really turned into a great friend. As we headed home I could still think of the racing that I had never really seen anywhere other than Nashville. It's awesome to think that this track is just 2 hours from my house, as we left early Saturday Morning and got there around 12. The racing was great and the experience was great also. I would really suggest this track to anyone especially in 2017 when the ARCA Racing Series returns. (Koelle,2016)