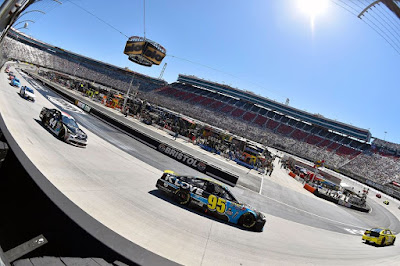 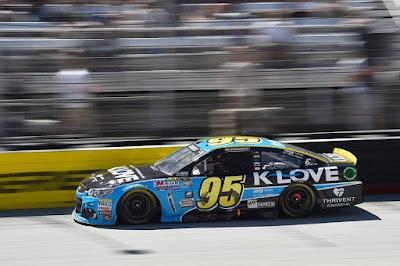 Michael McDowell and Circle Sport Leavine Family Racing continued to make gains this weekend in Bristol, TN, McDowell, who has had success in the past at Bristol, certainly worked for that 29th place finish. McDowell battled all day long and got up into the Top 15 but a middle of the race crash barely touched McDowell but enough to put him a few laps down. McDowell continued to fight for positions on and off the track and managed to pull out a 29th place finish. The team has done well so far in 2016 and will look to continue momentum into the next 2 weeks befor Ty Dillon takes over the #95 at Kansas. It will only be the second time since McDowell joined Circle Sport - Leavine Family Racing that he will race at Richmond. McDowell's best finish at Richmond was a 39th twice in 2011 and 2012. Then McDowell heads to Talladega. A track McDowell has both qualified and raced well on. With the help from Richard Childress Racing could McDowell possibly pull an upset? It's possible but only time will tell for the #95 Chevrolet SS team. (Koelle,2016)