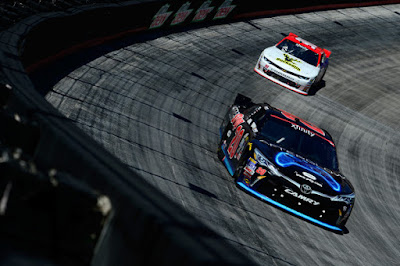 A driver standing behind the shadows of Erik Jones is  named Mario Gosselin. A NASCAR Xfinity Series Regular from 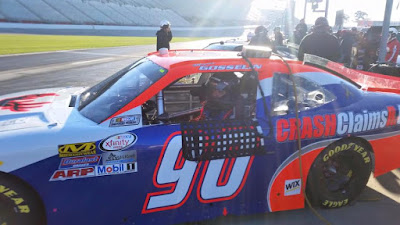 Sainte-Marie, Quebec, Canada has been making gains behind the wheel of his #90 Chevrolet Camaro every weekend since missing Daytona. The #90 team has stayed consistent throughout the 5 races raced by Mario Gosselin. Daytona and Texas were ran by Martin Roy where he finished best at Texas in the 25th spot. Mario's best finish came at Bristol this past weekend where he finished 24th in the #90 Bucked Up Chevrolet Camaro. In second practice Mario placed the #90 in the 19th as one of the best underfunded teams in the lineup at the time. Mario and his King Autosport Team continue to make gains every week and show that they matter in the NASCAR Xfinity Series. We send out best wishes and congratulations to Mario Gosselin and his King Autosport teams success in the NASCAR Xfinity Series as of late! (Koelle,2016)