Edwards does Back to Back Flips, Last Lap Pass at Richmond! 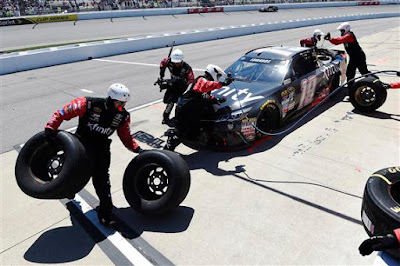 In the last turn of the Toyota Owners 400, It looked as if Kyle Busch would win his third race of the 2016 season. Carl Edwards didn't show as much teammate love as he had in the past and pushed Kyle to the top of the track to take the victory, his second straight victory. Kyle Busch of course led tons of laps but was relegated to second, Jimmie Johnson, Kasey Kahne, and Kevin Harvick rounded out the Top 5. Tony Stewart in his return finished 19th. His best finish since Martinsville where he finished 10th. Carl Edwards moves up in the Chase Grid with his second win of the 2016 Season. 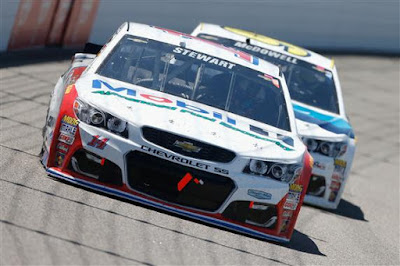 Tony Stewart had no experience behind the wheel of the new rule package nor with his new crew chief. Today Stewart basically said he had a ton of fun which is something we haven't seen very much of left and Smoke was smiling. Great way to see him return to the #14. Stewart found himself the victim of a flat tire but worked his way back onto the lead lap and into a great finish returning in the 19th place. Congratulations to Smoke on becoming this weekend's Driver of the Week! 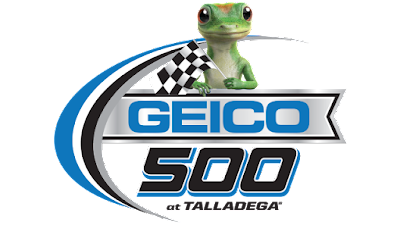 The NASCAR Sprint Cup Series will head to the Talladega Superspeedway for the Geico 500! Former Talladega winners like Joey Logano, Dale Earnhardt Jr., David Ragan, Jamie McMurray are still winless and are happy to return to the sight for some of their last wins. Drivers like Michael McDowell, Josh Wise, Matt DiBenedetto, Regan Smith, etc. will look to take the victory from drivers like Kurt Busch and the big names like that. Will Talladega be one to watch? For Sure!