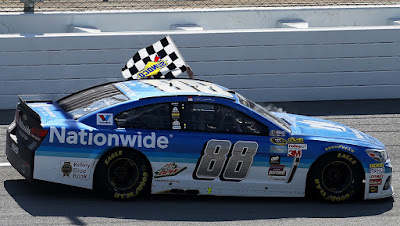 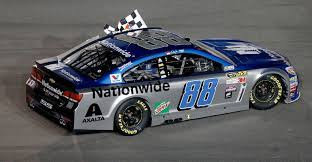 On February 21st the world thought that "Amelia" was done. Dale Earnhardt Jr. spun on his own into the inside wall at Daytona during the Daytona 500. Dale Earnhardt Jr.'s run for 3 Daytona 500 wins would be ended early. Amelia earned three wins, a Duel at Daytona International Speedway, the May race at Talladega Superspeedway and the July race at Daytona - in addition to a third-place finish in the Daytona 500 and a second-place result in the second Talladega race. Earnhardt's average finish of 1.75 while driving Amelia in the four superspeedway points races last season led all competitors. Last month, Earnhardt hinted that it was possible Amelia could make a comeback for Talladega Superspeedway, but it was up to #88 crew chief Greg Ives and the team whether the car would be the backup or the primary. Ives answered that question Monday morning. That answer was the answer Jr fans were wanting to hear and will look forward to seeing Amelia at Talladega this weekend! (Koelle,2016)