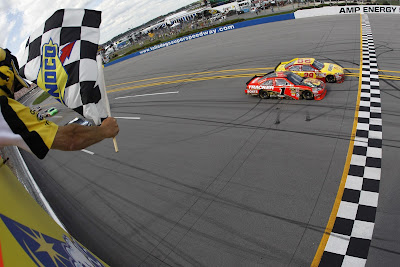 When it comes to picking a winner at Talladega you can have your guesses but if you guess the right winner you might want to go buy a powerball ticket. Luck would certainly be needed to make picks and we hope the luck is on our side. No one predicted Brad Keselowski in 2009. No one predicted David Ragan in 2013 so we hope we can predict that cinderella story of 2016. Talladega is a place that has many wild cards who do better at Dega' than anywhere else on the earth, We have the pick 4 challenge in both series this weekend as the Superspeedway Challenge emerges in the Xfinity Series for the first time. Are you feeling lucky? No I mean are you feeling really lucky? 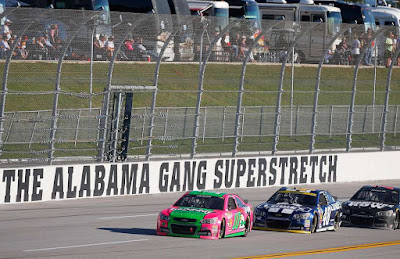 Yes I am going there. Danica Patrick is a very good restrictor plate driver despite her finishes. Which should you be surprised. She is doing speeds like she was doing back with her IndyCar deals and she was a pretty good wheel girl in Indycar. Patrick has led laps here and has become a pretty popular driver in Talladega. Like I remember one year when fans all around us were Jr fans and they began cheering for Danica because Jr wrecked. I think with JR Nation support Danica could wheel her way to victory lane for her first career victory and break another barrier in the Sports World! 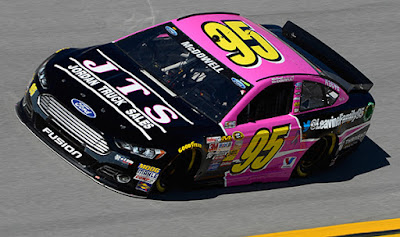 McDowell has been the dark horse pick for many years now and well he has a reason to be. He's pretty good at tracks like these. In 2014, at Daytona, he finished a career best 7th. In 2013, McDowell finished 15th here, the same place he finished in this years Daytona 500. McDowell in the #95 Thrivent Financial Chevrolet SS is certainly on many others lists of picks and it comes to no surprise. McDowell will be driving a Richard Childress Racing affiliated Chevrolet and Richard Childress Racing has had success in the past. 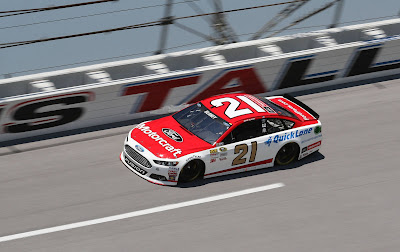 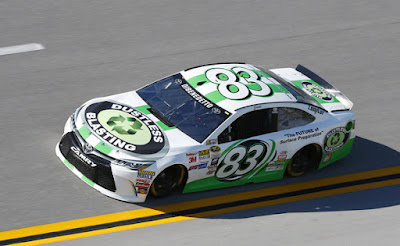 Cinderella needs two shoes so does Matt DiBenedetto. DiBenedetto of course was the Cinderella of Bristol and he is missing a shoe. I feel Talladega could be where DiBenedetto finds that other Glass Slipper and land BK Racing in the Chase for the First time in their history. In fact in Victory lane for the first time. Matt has the tallent to do it and certainly now has the star power and fan support needed to tame the beast called Talladega. DiBenedetto also has teammate David Ragan who won at Talladega in 2013 for advice and help. 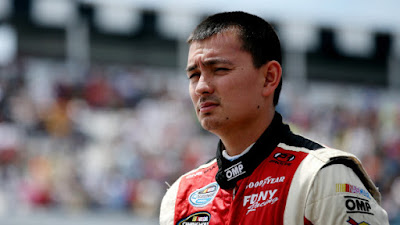 Ryan Ellis will be entered in the #97 Obaika Racing Entry and has the talent at Superspeedways to do so. Ellis also has the nice guy approach that the everyday fan can pull for. Ryan Ellis, who just made his second start in the NASCAR Sprint Cup Series, has been getting a lot of track time here recently and I think that will pay off this weekend at Talladega. Imagine what a race win would do for Ryan? I think Ryan has the talent and the charisma to be successful on Saturday. 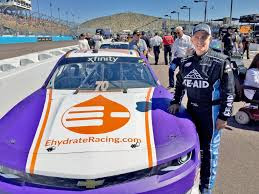 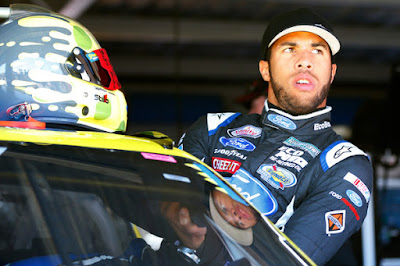 I was one of the few people in the campgrounds in 2014 when Darrell drove for Joe Gibbs Racing who stood up for the Alabama native. He has the speed to land that #6 car in victory lane and what better place for Darrell to win then at his home track. I have been very impressed by Bubba and can see a victory in his very near future if not Saturday afternoon. I think that the Tennessee Volunteer fan can strive in Alabama Crimson Tide country and sing Rocky Top in victory lane. Seriously Bubba if you win Sing that song than get security to escort you out. 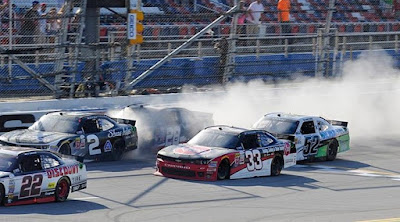 After a fifth place finish last year, Joey Gase could land in a little better situation at Talladega this year. With Sparks Energy on board, Joey Gase can show fans who he is and that he means business. If you ask me I think Joey is as ready as anybody for a first win and would seriously send smiles for miles and in every seat in the grandstands. Joey has that shot to land a chase spot which makes this race even more important for them.