The New Kid On The Block Runs Well at Las Vegas, Momentum onto Phoenix 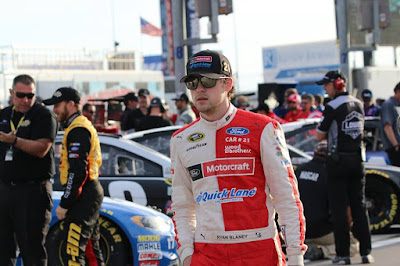 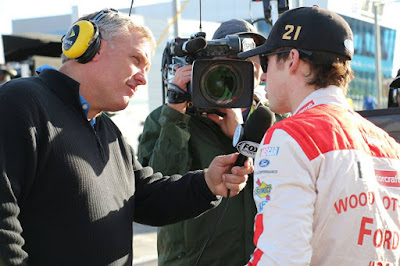 3 races into his first full time season Ryan Blaney has shown that not having a charter isn't a problem. Ryan has made all 3 races qualifying with very fast speeds and then on Sunday showing the NASCAR nation why he's the next Rookie Of The Year. This Sunday the New Kid on the Block showed he is a factor not just for Rookie Of The Year but also for a victory. Ryan Blaney, in his 21st start in the NASCAR Sprint Cup Series, raced at Las Vegas for only the 2nd time of his career. Ryan fought Heavy Winds, Sandstorms, among a few other challenges to get his 2nd best finish in his career. That 6th place finish placed the #21 Motorcraft/Quick Lane Ford Fusion in 14th place in points. When asked about his finish after the Kobalt 400 he stated "The car is always extremely fast,” he said. “The Wood Brothers do a great job and we have to thank Penske for all of their support. The team's growing together. They're learning and so am I, and hopefully this is a good way to get our season going here." This 6th place finish is surely a great start to the West Coast Swing for the Wood Brothers Racing team 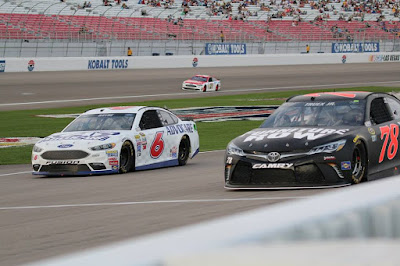 and it will surely give Ryan Blaney and his #21 team a confidence boost and momentum kicker going into Phoenix and California. Two tracks Ryan has never raced at in the NASCAR Sprint Cup Series! Blaney has certainly earned the acceptance from the NASCAR fans and certainly from me! We want to thank and credit Rob Street Photography for the photos of Ryan Blaney and his car! Great Photos Rob! If you want to see more of Rob's Awesome work go over to his facebook page at Rob Street Racing Photography or at his website at http://www.robstreetracingphotography.com/(Koelle,2016)