The Motorsports Group - 2016 A Success Story So Far? 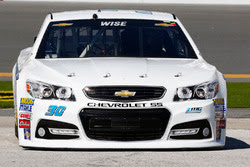 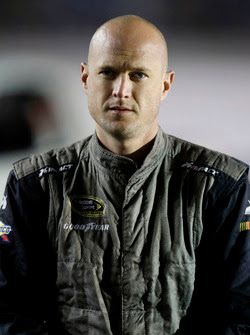 In 2016 NASCAR and The Racing Alliance approved the new charter system which made many people believe the days of The Motorsports Group and teams from the past who did not show much speed on Friday in Qualifying would disappear. Many believed these teams wouldn't even show up to attempt the race facing teams who did not have charters like the Wood Brothers. One team has. The Motorsports Group who failed to qualify in 11 races in 2015 with a fleet of different drivers. That record looked to be one that wouldn't even be muttered in 2016 with the new charter system but this #30 Team has kept the faith to do everything they can to race each weekend. With a former Sprint Fan Vote Winner behind the wheel TMG looks at 2016 as a chance to rewrite the way NASCAR fans look at them. The team rolled into Daytona along with four other teams looking to fill the newly shrunken 40 car field. Josh Wise tried everything possible to make the Daytona 500 but the team fell short of the 40 car field and missed the first race of the 2016 season but their luck would look to change the following weekend in Atlanta,
Wise would continue with the team onto Atlanta and well this was the race where NASCAR fans began questioning the new charter deal. 39 cars on the entry list with no sign of any other teams joining in Hotlanta. The TMG team looked at it as silver lining after missing the Daytona 500. The team would come to Atlanta, the first track they raced at in 2015 with Ron Hornaday Jr., with a different look at racing and with the help of wheelman Josh Wise the #30 car made Atlanta. 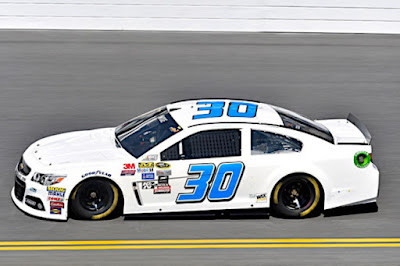 As the west coast swing began still no new teams entered in the NASCAR Sprint Cup Series and that would help Josh Wise know he would be racing in the next race at Las Vegas. Another race with 39 cars on the entry list all but guaranteed that Josh would make the Kobalt 400. Josh raced Las Vegas and finished a respectable 39th. This weekend the same situation would play into Josh Wise's hands and he would qualify 37th.
Despite not having the finishes he would like the team celebrates the small victories. When a team like this can qualify for a race it helps so many people in the organization keep their families fed and a roof over their head and it's all about the passion of going racing for a living.(Koelle,2016)