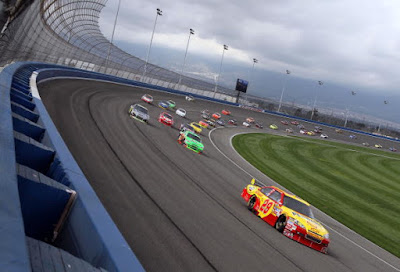 Fontana California is the home of the Auto Club Speedway that many fans have been coming to since it's first race in 1997. It's a track that has been on the circuit as long as I have been alive and I feel like it has grown into one of the most popular races on the NASCAR Schedule. Since it was shortened from 500 miles it seems like drivers get more racy at the end and that is where we get the excellent photo finishes and endings like that. Below are my four picks for the win this weekend and who I think can stand up to Kyle Busch in the Xfinity Series! 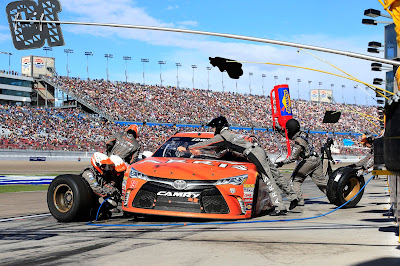 On the west coast swing Carl has shown speed and with his first appearance in the NASCAR News Source Final Four I feel Carl could shine bright! Carl was on the receiving end of a photo finish last weekend losing the Good Sam 500 by 0.010 seconds over Kevin Harvick. Carl has won at California once over his career and I could see another come this weekend. Carl also has 2nd best average of all drivers at Auto Club Speedway which is ultimately why he is on this list. I think it will be a BackFlippin' Good Victory for the Joe Gibbs Racing Driver! 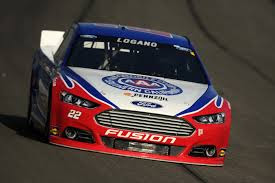 It seems that Joey Logano could be coming back to power as he has been in the past and I think Hollywood could become the place that could land the spotlight back on Joey Logano. Joey has been in contention at Auto Club in the past including in 2013 where he and Denny Hamlin had a classic ending but Kyle Busch took the victory while Joey Logano took a punch from Tony Stewart. I think Joey has a pretty good shot this weekend and though the stats don't show a good Auto Club Speedway Driver the appearance shows differently. 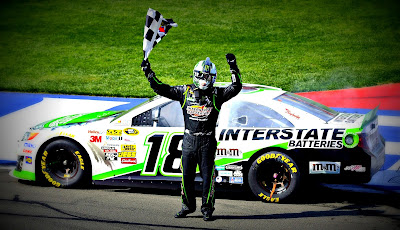 A win in 2013 and 2014 and then missing 2015 with an injury Kyle Busch has a pretty good record at this California track which is the home of Toyota. Kyle has been rather dominant recently in both the NASCAR Sprint Cup and Xfinity Series and I think the dominance could boil over this weekend gaining the 2015 NASCAR Sprint Cup Series Champion his first win of 2016. Kyle looks better than ever and I think he's ready to Conquer Championship #2 to shush the haters! 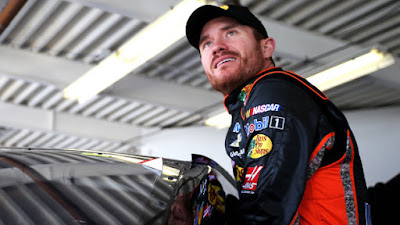 Ok I know this one is a long shot but Brian has been really good the years he has been able to race here, The question is laid out if Brian wins a race would Tony Stewart elect to keep Brian in the car and compete in the Chase if Brian was eligible for it? That will only be answered if Brian wins on Sunday. Brian has the 4th best average finish since 2014 but has only competed in one race at Auto Club since. Brian certainly could get it done and I think it would be one heck of a storyline! 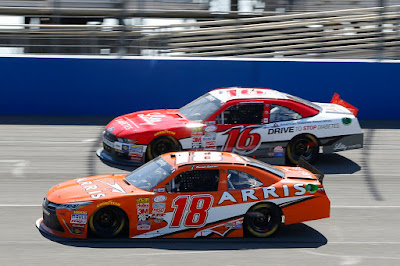 I have had a hard time decided which of these two to pick but something tells me Ryan Reed's season is about to jump start heading back to the east coast. Suarez has had the dominant car so I am predicting either one of these 2 to end the dominance of Kyle Busch or become the NASCAR Xfinity Series driver of the week. Ryan could hit a home run at home and land his Roush Fenway Racing car back in Victory Lane. Be looking for either of these 2 to dominate Saturday in California.