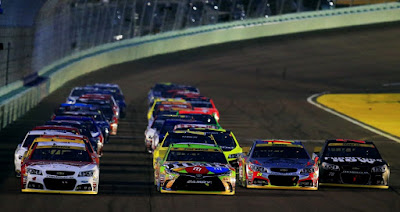 As I told many people in the past that when the Charter Agreement was released I would give out a more simplified version of what is happening so that you the fans can understand the Charter a lot better and not be left confused. So here you go!
On Tuesday NASCAR CEO Brian France announced that the Race Team Alliance (RTA) and NASCAR have reached an agreement to begin the Charter System in 2016. Below are the details simplified so everyone will understand it more along with a list of drivers who will be locked into the 40-Car Field.

Drivers Who Are Out Of Charter

When it comes to this list 3 big names could enter the Daytona 500 and have their Destiny Wrote in the 2016 Can-Am Duels those drivers include a Former NASCAR Sprint Cup Series Champion. 2 of these teams could purchase Michael Waltrip Racing's Owner Points

Drivers Without a Charter