Whats The Problem? - Should Victory Lane Be Moved? 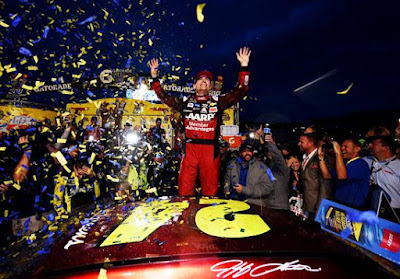 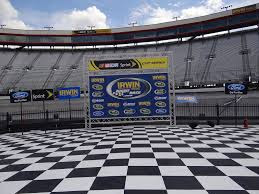 When it comes to victory lane many different drivers have different types of celebrations. Like Carl Edwards does his signature back flip, Brad Keselowski carries the American Flag while doing donuts, Joey Logano burns the rear tires off the #22 Ford Fusion, among other different celebrations along with some that we haven't seen yet. While watching these celebrations these drivers drive into victory lane that is placed in numerous areas at the track. Like Bristol has a unique victory lane on top of the medical center inside the Last Great Coliseum. But it makes me wonder if NASCAR should move victory lane celebrations closer to the fans. Below I will go over the ways this would be a good Idea and Why it's a bad Idea. 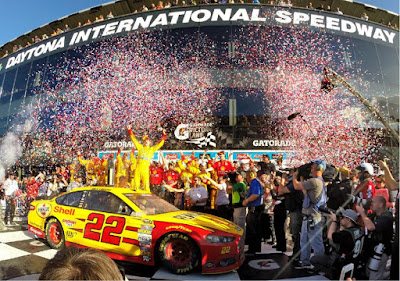 The ways this would be good is because the driver would be able to high five fans, sign autographs, and really intermingle more with fans like NHRA does. This would be good because a driver would possibly show more emotion with 1,000's of screaming fans. This would be a way to help promote our sport as a more fan friendly sport more than it already is. This would give fans more of an opportunity to see something that is hard to see at majority of the tracks where Victory Lane only is seen by a few fans on the front stretch. I know in Daytona that if your not on the front stretch in a certain area of the stands with the new Daytona Rising it will be a little more simple for people to see that famous Daytona 500 Victory Celebration. In many tracks the celebration is hard to see and I really don't know what to do to help that. 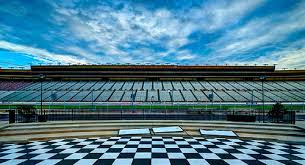 Moving victory lane to a more fan friendly place could be a security. Like Joey Logano's celebration at Talladega would have certainly needed more security because of certain fans who were not happy with how that race ended and would have probably tried to ambush Joey. In other safety issues If Jr would win a race I am sure people would go crazy if the most popular drivers celebration was more public. In some ways I think it would be good to have more fan access to celebrate with the winner. If anything changes it will certainly more for the fans.(Koelle, 2015)