What's The Problem? - Merchandise Sells at the Track? 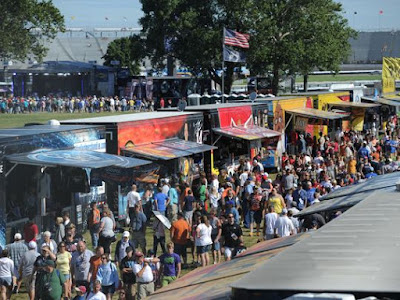 When it comes to merchandise at the track its been a tradition that has been a thing as long as I can remember. I remember when I was little and I wasn't able to go to the races my uncle would always bring me a Jeff Gordon Shirt because at that time that was who I liked and who he liked. As the years progressed I became fascinated by the souvenir haulers that would sit just out side the Track. Rather it be Bristol, or Talladega or whatever track I was at. In 2015 NASCAR developed the new Fanatics Tent which got a lot of heat from the fans. I am on the fence with this subject and I feel that It can be a good thing if more work comes to it and sooner or later the fans will be happy again. 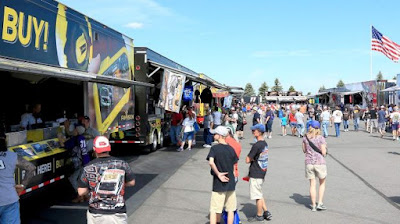 In most cases there was only one of these at each track and at some tracks like Talladega and Bristol, where I attended. That made it harder for people to get there if they were'nt seated in the same area as where the Fanatics tent was. I feel that if they had more than one than more people would not have to walk as far as if there was only one. 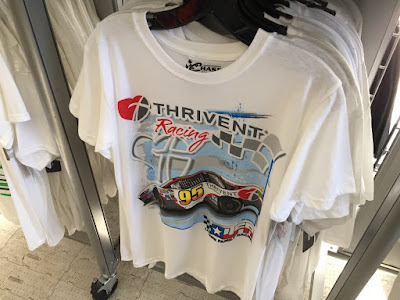 Another thing a lot of fans did not like about it was the limited room in a condensed space because of the security issues that a smaller area is easier to secure than a larger area, In many cases the Jr area was a little more crowded than lets say Martin Truex Jr.'s area and that's where I feel that if there was more than one there would be a smaller crowd. Also if it was larger than it would be a lot easier to move around in and that would keep the common fan happy and a happy fan will buy more. 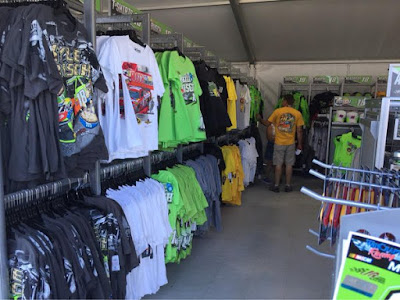 One thing a lot of fans like including myself is that with the new Tents we can see more Undefunded team gear for drivers like Michael McDowell, Matt DiBenedetto, among others and That helps in two ways. Number one it helps get these teams more exposure to fans and possibly marketing partners that will help them run and number two it helps fans of drivers like Michael McDowell, Cole Whitt, Matt DiBenedetto, Michael Anett get there drivers gear at the track and help show support for them in the grandstands.
In the long run this is the future of NASCAR rather you like it or not and with time it will get better. How did you expect the haulers to be so popular? They will have more things in these in the future that are less generic and more driver specific. This is a good idea in the long run and I am sure many of you will warm up to it in the future! (Koelle, 2015)