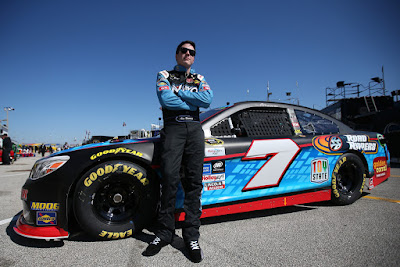 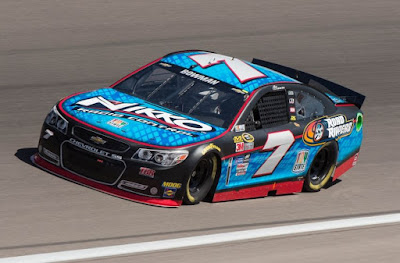 In 2016 the #7 Chevrolet SS for Tommy Baldwin Racing will have a familiar name on it as today at the NASCAR Hall Of Fame Tommy Baldwin Jr. and Driver Alex Bowman announced that a sponsorship deal has been met with Toy State for the 2016. Toy State of course just revealed a new Licensing Deal with NASCAR to make new remote control cars among many other toys. Toy State also makes toys for Caterpillar, Hot Wheels, DC Super Friends, Barbie and The WWE. Toy State was the primary sponsor on the #7 Chevrolet SS for 10 races. Toy State was also the primary sponsor on the car for the 57th Annual Daytona 500 but a wreck in the Duels had Alex Bowman miss the race. Alex Bowman's best finish in 2015 was a 16th at Talladega in May. Alex Bowman will pilot the #7 Chevrolet SS next season. The deal with Toy State is a Multi-year deal so unless something massive happens expect Alex Bowman to return for many years to come. (Koelle, 2015)