History Of The NASCAR Diecast

December 08, 2015
Fans enjoy having a diecast of their favorite drivers. Like Dale Earnhardt Jr., Martin Truex Jr, among many others. Have you ever wondered about the history about Die casts? Well here ya go! 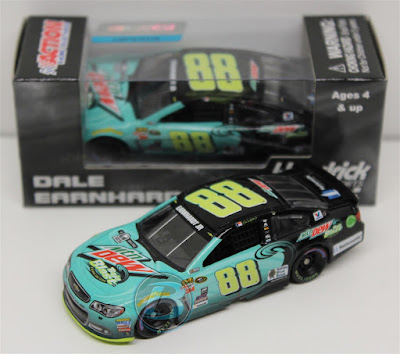 NASCAR diecast toys were first produced in the early 80's by Hot Wheels, Matchbox, and Racing Champions. They were a crowd favorite at racetracks at their souvenir trailers among many other p;aces. By the 2000s the majority of teams had a die-cast produced for their driver. Near 2005 there were four total brands: Action/Winners Circle, Racing Champions, Hot Wheels, and Team Caliber. In 2006, Racing Champions and Hot Wheels ceased production of NASCAR-licensed replicas. In the same year, Action Performance Companies and Team Caliber merged to form Motorsports Authentics, Inc. Team Caliber's product lines fully merged with Action in early 2007. In 2010, Action discontinued its Winners Circle retail brand at the end of the year. The licences were assumed by Lionel, LLC in 2011 which became the sole die-cast producer under the NASCAR Licensing Trust. In 2010, Hot Wheels made three promotional 1:64 scale die-cast cars of Danica Patrick; the first Hot Wheels-branded NASCAR products since 2006, albeit utilizing tooling from the newly-defunct Winners Circle line. These diecast cars were sold at the NASCAR.com Superstore. The diecast are sold through retail, wholesale and the RCCA ELITE Diecast Club. 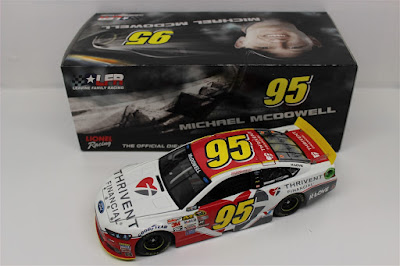 Diecasts come in many different sizes and colors/ finishes. The most popular diecasts among kids are the 1/64 scale cars. They aren't badly priced and they are small enough that a Kid can have mini races anywhere they go. I remember when I was a kid I would go to the track and buy these types of cars for that exact reason. I still collect the program cars that come with the souvenir programs. Popular among adults are the 1/24 scales as these are a little larger for people to display and not really for playing with.
You can buy these diecasts at places like your local trackside store, at PlanBSales.com among other stores that carry these. Ebay has a ton of these also. (Koelle, 2015)