From The Cockpit - 12 Questions with ARCA Racing Driver Kyle Lockrow 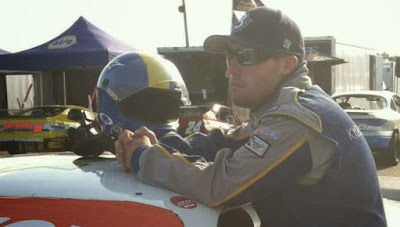 Kyle Lockrow has been a friend of mine for a couple years now. In recent years Kyle has drove for Woodruff Motorsports, but in 2016 he will test for Hamilton-Hughes Racing in Daytona at the end of January. Below you can find out more about Kyle in the newest From The Cockpit Series, with 12 Questions. Be sure to like and follow Kyle Lockrow on Twitter and Facebook! At the moment Kyle is looking for sponsorship so he can run the Lucas Oil 200 at Daytona! How is a talented driver like Kyle Sponosrless? If you can help him just a little it will take you far and him far! How would you like to see your logo going 200 mph on the high banks of Daytona? If you are interested email me at christiank9540@gmail.com or email him at klockrow.wms@gmail.com, KyleJLockrow@aol.com. His website is www.kylelockrow.com or www.woodruffmotorsports.com Any help would be greatly appreciated! 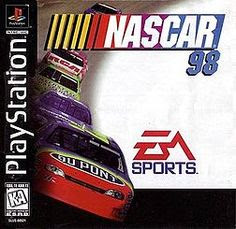 Q- Tell the fans a little about your past.
A- "I am 25 years old and originally from Southern Maryland (6 years in Waldorf, 19 years in LaPlata).  I come from a good size family that is spread across the United States in various places.  My start in Racing began at the age of 7 thanks to Scooby-Doo and some family friends.  The Montag family were die-hard race fans and they introduced me to the Playstation NASCAR games in the late 90s.  along with the games, when the Turner Network (Cartoon Network) Sponsorship on the #29 car that Robert Pressley piloted during the 1997 Winston Cup Season was in tact, it drew me attention because I grew up watching that show religiously, as well as other Hanna Barbera cartoons that happened to appear on the car.  As time went on, I became a Jeff Gordon fan and my interest in racing continued to grow and I decided halfway through high school to begin chasing the dream of racing competitively in hopes of reaching NASCAR and ARCA.  After 7 years of running at various tracks around the Delmarva area in different divisions, I finally was able to test at Daytona in the ARCA car for approval.
Aside from racing, I enjoy participating in: Golf, Go-Karting, Swimming, Sim Racing (iRacing), Football, Baseball, and Exercising (Running and Lifting).   I participate in a Dart League that plays on Wednesday evenings and we participate in Luck of the Draw Events on Saturdays.  For the past six years, I have been involved with Best Buddies of Maryland and Special Olympics of Maryland thanks to my buddy Danny Harmon of Calvert County Maryland.  I have a beautiful girlfriend named Kimberly Lebo who has been with me almost 6 months now.  I am the oldest of two brothers and my parents are two of my biggest supporters other than my Grammi before she passed on in 2011." 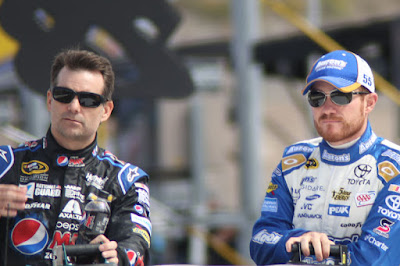 Q- Who was your childhood idol in NASCAR?
A- "I had a few: Jeff Gordon, Brian Vickers, and Richard Petty"

Q- What inspired you to become a Race Car Driver?
A- "The chance to take an uncontrollable source of speed and harness it with the abilities I have been blessed with, the opportunity to give back to multiple charities and fans who cherish Motorsports, and to be a positive role model for kids and young adults to chase their dreams." 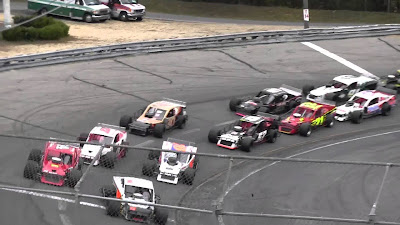 Q- Favorite Track to compete at?
A- "Wall Stadium and Daytona because the speed and technicality that goes into racing at each one.  They both require patience in traffic and precision on lane choice for consistent lap times."

A- "The plan for 2016 is to test at Daytona for Hamilton-Hughes Racing and attempt to run a variety of NASCAR K&N Pro East and ARCA Racing Events   if sponsorship funding can be obtained."

Q- First car you ever drove? Who was it for?
A- "First car I ever drove was a Late Model in a test session at Old Dominion Speedway in Manassas, VA for the Try-It-Racing."

Q- Do you think the NASCAR Sprint Cup Series Chase System should come to other series like ARCA?
A- "I believe keeping the current point system is crucial because all ARCA teams need exposure for potential sponsorship and growth as they continue to groom up and coming drivers."

Q-Would you rather do Single Car Qualifying or Group Qualifying?
A- "Single Car because there is less chance of tearing a car up and it allows the chance for the driver to showcase their ability to lay down a solid trial lap without the influence from another driver on track."

Q- State where you'd like to see a track built?
A- "Maryland because there is a lot of land available and it is my original home where racing was prominent in the prior decades at places such as Beltsville, Dorsey, and Marlboro Motor Raceway.  Potomac Speedway is a great dirt facility, but not asphalt or concrete facilities are in operation which limits the variety."

Q- Dirt, Asphalt, or Concrete Racing Surfaces?
A- "I would say Asphalt because I have not had the chance to compete on the other two surfaced yet in my young career."

For Question #12 I want you to ask a question for the next driver we Interview!
Q- What are the Top 3 Characteristics that a Championship Caliber Driver need to possess?
Now answer that question for yourself!
A- "Humility (Keeping your emotions in check and understanding that this trait helps gain respect of fans/media/sponsors), Consistency (Any driver can turn one quick lap in qualifying, practice, or the race, but what makes a driver an asset is the ability run consistent lap times over a 60-70 lap fuel run), and Marketability (Drivers must be able to possess the skills to promote a multi-million dollar Corporate Enterprise , be able to converse with fans and the media, and have a very good personality that allows them to be a solid role model and ambassador for the overall sport)."