Ben Rhodes to Drive For Thor Sport Racing in 2016 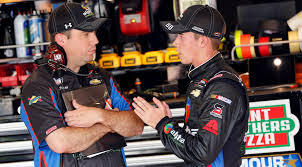 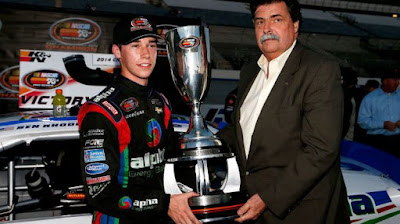 In 2015 Ben Rhodes drove the #88 for JR Motorsports in part time form sharing a ride with Kasey Kahne, Kevin Harvick, Dale Earnhardt Jr. among others. Ben Rhodes raced in 10 of the 33 races in 2015 but at the end of 2015 Ben Rhodes announced he would not return to JR Motorsports in 2016 and before today his racing future was in question. Today Ben Rhodes revealed that he would be replacing Johnny Sauter at Thor Sport Racing in 2016 driving the #41 Alpha Energy Solutions Chevrolet Silverado. In 2014 Ben competed in 4 Camping World Truck Series Races including a 5th at Phoenix. The 2014 K&N Pro Series Champion will drive full time with Thor Sport in 2016 with Teammates Matt Crafton and possibly Cameron Hayley. (Koelle, 2015)