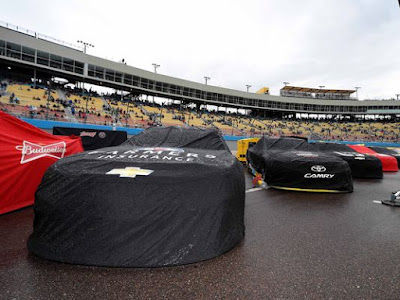 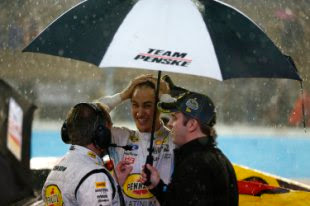 Fans, Media, drivers and many others hate when the word rain is brought up especially this past weekend at Phoenix International Raceway. In a place it normally does not rain, it rained and it rained a lot. Once NASCAR Finally got the track back to racing shape we got to racing. Only problem is that Mother Nature decided to intervene after halfway which ended up ending the race and sending drivers Joey Logano, Brad Keselowski, Carl Edwards and Kurt Busch's chase hopes. All four drivers were in the Top 15 and were on their way to the front or on their way to the lead like Joey Logano to make their way into the final four this weekend in Homestead. Mother Nature came and washed away any hope these drivers had of making the next round. With this race meaning so much to drivers and with so much on the line, This led to many people asking for different ways to change how races in the chase would be handled if fallen victim to rain. 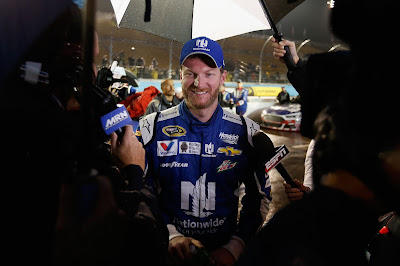 When a race is ended due to rain it is very unlikely that race was ended under checkered flag conditions therefore I would vote that if the race is an elimination race that race must be completed. Dale Earnhardt Jr looked as if he wasn't very happy Sunday after the call to end the race. As was many fans.Fans stay up or stay at the track to watch a race be completed not ended short of the distance and I feel that many wanted to see Jr win the race while racing rather than just being at the right place at the right time. 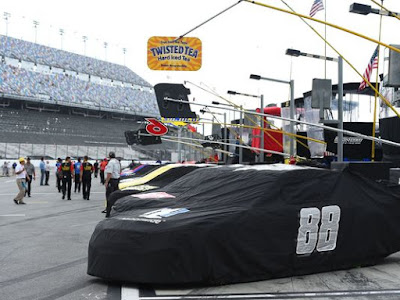 In cases like this with the Elimination aspect take the 8 as it was the Eliminator 8 to Homestead and have them compete for the championship instead of having the drivers who had a lucky Phoenix. Joey Logano who would be in 2nd under the old system, with 6 wins will not be competing for a championship. Dale Earnhardt Jr would be in 3rd going into Homestead deal but instead can finish at best 5th, I feel we need to bring bonus points for wins from the regular season into the equation That would have helped drivers like Kurt Busch and Carl Edwards who both had numerous wins in 2015. Now they will be sitting at home watching a driver who missed races, two drivers who has been consecutive all season, and a driver who just finally became good in the off season and I feel like we will be crowning a chase champion instead of a season champion and I really think something needs to be changed with this new chase format and rain outs. (Koelle, 2015)