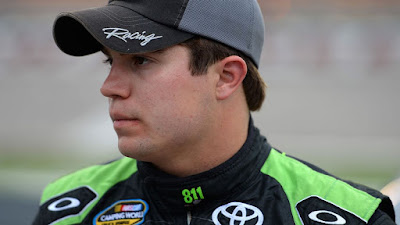 Mason Mingus drives for Billy Boat Motorsports in the NASCAR Camping World Truck Series. The Brentwood, TN Native has been racing in the NASCAR Camping World Truck Series for 3 years now with a best finish of 3rd coming last Saturday Afternoon in Talladega, AL in the Fred's 250 presented by Coca-Cola. 2015 has had it's fair share of ups and downs for Mason just a little more of the downs than ups. Mason missed the season opener at Daytona but since has not DNQ'ed for a race since. Mason has had a couple of crashes in 2015 but that doesn't even begin to dim on the pure talent Mason has. In the races Mason has completed he has not finished outside of the Top 25. With a worst finish of 29th twice and missing the season opener at Daytona Mason is still 14th in Camping World Truck Series points which is very impressive for an underfunded team. With a loyal sponsor in Call 811 Before You Dig 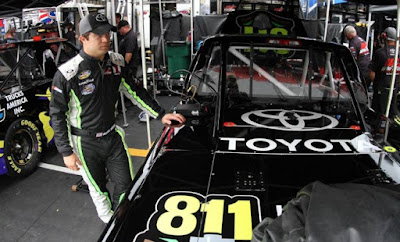 Mason continues to dig for better finishes and with time this team could step up to the lines of Thor Sport and Red Horse Racing in the Toyota Racing Development Family if not competing for the NASCAR Camping World Truck Series Championship. Mason is a very friendly person as to is The Legendary Billy Boat. I had the opportunity to meet both in Bristol and I personally wish them the best in the Future! (Koelle, 2015)