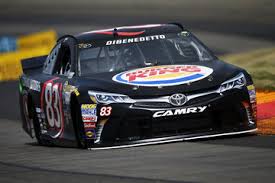 NASCAR Rookie Of The Year Candidate Matt DiBenedetto will have a new crew chief on Sunday in Michigan! Doug Richert had been the Crew Chief but this Sunday Gene Nead will jump on the pit box for DiBenedetto and the no. 83 BK Racing Toyota Camry! Gene Nead had formally been the Crew Chief for the #98 team. Notable drivers Gene has been Crew Chief for include Bill Elliott, Michael McDowell, Robby Gordon, Bobby Labonte, and many others. He has had 2 top 5's and 6 top 10's in the NASCAR Sprint Cup Series! (Koelle, 2015)